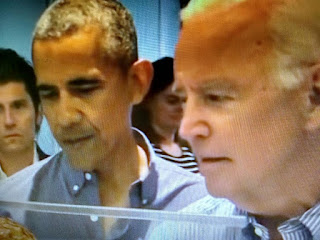 The reason why Joe Biden leads in the Real Clear Politics of all the polls is because the black vote is solidly behind him.
Despite all the gaffes that happen on a daily basis, blacks are staying with him because he was Obama's VP.  It's no simpler than that.  So, the other candidates, including Mike Bloomberg and all his money,  don't stand a chance.

Washington Post reports former vice president Joe Biden is far and away the favored candidate for the Democratic presidential nomination among black Americans, boosted by his personal popularity, his service in the Obama administration and perceptions that he is best equipped to defeat President Trump, according to a national Washington Post-Ipsos poll.