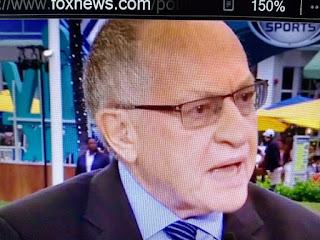 The illegitimate blowback by the media and the Democrats is baseless.
There's no substance to it because Trump wasn't charged with a crime.  So these people can bellyache all they want.  It's just a bunch of noise signifying nothing.

Alan Dershowitz, a former Harvard Law School professor who is one of the lawyers defending Trump in his Senate impeachment trial, argued during an interview on “Fox News Sunday” that House Democrats didn’t charge Trump with a “legitimate crime.”

“If they don’t charge you with a legitimate crime,” Dershowitz said.  “It’s the fault of Nancy Pelosi and others for failing to charge an impeachable offense.”