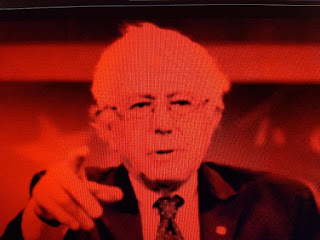 Early results are already calling it for Bernie Sanders.
And yes, Sen. Bernie Sanders is a Communist.  Don't let the socialist label fool you.  Sanders took his honeymoon in the Soviet Union.  How many Americans have done that?

Early results from about four percent of the more than 2,000 precincts in the state show Sanders, a 78-year-old senator from Vermont, with a comfortable lead against his rivals.