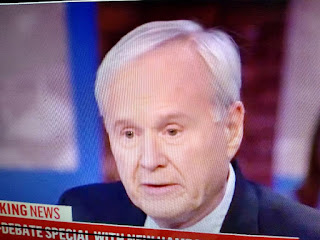 For once Chris Mathews is not wrong.
Socialism tried in the real world has led to millions of people getting murdered.  It happened in the Soviet Union, in China, in Cambodia and in Cuba.  People need to wake up and realize that Bernie Sanders is a very dangerous figure that is fooling a lot of people.

The MSNBC host went into a protracted monologue after the Democratic debate in New Hampshire Friday night in which he condemned the evils of socialism and warned of public executions in Central Park if it ever came to the United States.

“I have my own views of the word socialist and I’ll be glad to share them with you in private and they go back to the early 1950s,” he told a post-debate analysis panel