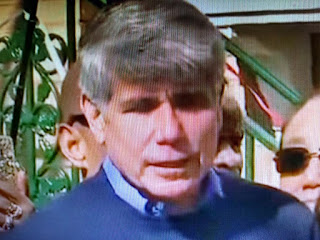 A very appreciative man is happy to get his freedom.

AOL News reports a day after Rod Blagojevich's prison sentence was commuted by President Donald Trump, the former Illinois governor portrayed himself outside of his Chicago home on Wednesday as "a freed political prisoner" who'd been unfairly persecuted.

"I'm returning home today from a long exile as a freed political prisoner," a defiant Blagojevich told reporters and supporters. "From beginning to end this was persecution masquerading as prosecution".

As he spoke, Blagojevich repeatedly dabbed blood off of his chin.