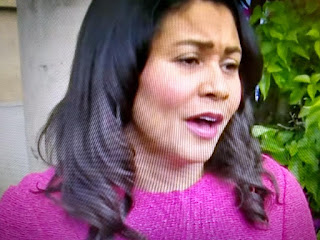 So much for electing the first female black mayor.  This is how Democrats ruin what was once a beautiful city of San Francisco.
Bad enough the streets are awash in human excrement.   The mayor, London Breed, can't keep her legs closed enough with the guy who suppose to help the ever increasing homeless in that city.  This looks like a very bad B movie.  By the way, if she got five thousand dollars to repair her car last year, she's still screwing him.  Gimmie a break!

Daily Mail reports San Francisco's mayor has admitted to having an affair with the city's disgraced former homelessness chief, as well as accepting thousands of dollars in unreported gifts from him.

Mayor London Breed admitted on Friday to briefly dating Mohammed Nuru, San Francisco's former Director of Public Works, around 20 years ago, leading to calls for her resignation from the city's top job.

Nuru, 58, resigned from his post earlier this week after he was arrested and charged by the FBI in January for a series of alleged public corruption schemes.