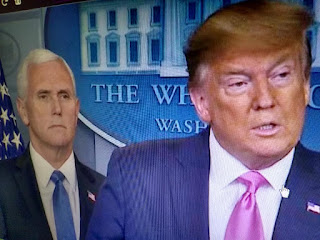 President Trump was in complete control while Nancy Pelosi is overdosing on Botox.

Trump called Pelosi “incompetent” and accused her of using the virus for a political reason during a press conference where he sought to minimize fears of the virus spreading and announced that Vice President Mike Pence will head up Washington’s response to the outbreak.

“She’s trying to create a panic and there is no reason to panic,” Trump said. "All they are trying to is get a political advantage, but this shouldn’t be a political thing.”