Trump grabs another $3.8B from Pentagon for border wall 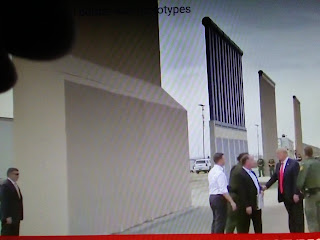 It's one of President Trump's biggest promises to America,
building a borer wall.  He's had some mighty head winds against him from both parties.  But, he's getting the job done.


Washington Times reports the White House informed Congress Thursday it will siphon another $3.8 billion away from the Pentagon to build President Trump’s border wall, sparking a new wave of anger on Capitol Hill where lawmakers said he’s trampling on their powers and shortchanging the troops.
With the move, Mr. Trump has now funneled nearly $10 billion from Pentagon accounts toward his wall over the past two years.

The new request takes $1.3 billion from National Guard funds and the rest from defense-wide procurement. The money is shifted to another Pentagon account for drug interdiction, where it will be used to build border wall under a provision of the law that allows barriers to be built in drug corridors.