Coronavirus Media Hype: Westchester New York The Keio Academy school closes over coronavirus for rest of year — despite no cases 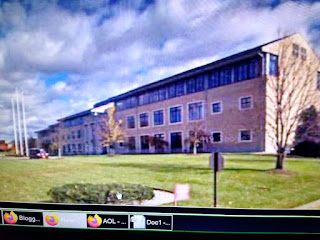 This is how Democrats who run New York don't haves a clue.
There's no cause to close this school whatsoever.  But, that's not preventing them from acting stupid!  I said on a Facebook post pay close attention to how blue states handle this coronavirus panic.  The closing of this school is exactly what I'm talking about.  How many students in this school suffered from regular flue?  Did they close the school them?


NY Post reports a Westchester County boarding school with no confirmed cases of the coronavirus will close for the rest of the school year amid fears over the deadly bug, a new report says.

The Keio Academy of New York, which has ties to a Japanese university, announced that it will close its campus in Purchase to protect its international student body from the virus that has spread to at least 82 people in Westchester, the Rockland/Westchester Journal News reported.

Japan currently has 502 confirmed cases of the virus, and six people there have died from it — putting it in the top 10 countries globally who have been the hardest hit.

Japan has a population of 128 million people.   And only six people have died out of 502 tested positive?  These numbers are tiny.  So why is there a panic over it?  Media hype!