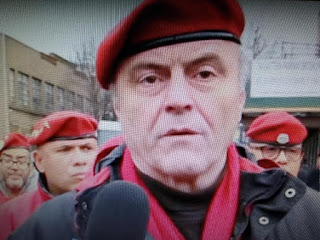 New York needs to turn things around after a horrible Bill de Blasio administration.
Crimes is up, homelessness is on the rise and the quality of life in New York is deteriorating.  Our next mayor cannot be a Democrat under any circumstances because they would be even worse than De Blasio.   I don't know if Curtis Sliwa is serious.  But, nobody has a higher name recognition in this town than he.

“I am the only candidate with the onions to take back the city,” Sliwa, 65, told The Post. “I have the street cred. I have bled in the streets. I’ve given seven lives. I have two left. I’ll use them for the City of New York.”

Sliwa re-registered from a Reform Party member to Republican last month and would run on the GOP line, though he is yet to officially file paperwork to run.