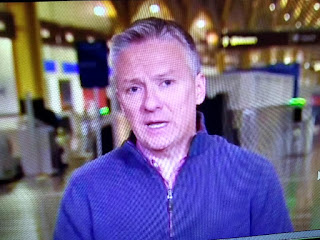 NewsBusters reports on Tuesday, both NBC’s Today show and MSNBC actually attempted to blame President Trump for a couple in Arizona ingesting fish medication as a way to protect themselves against the coronavirus. Tragically, the husband died and his wife is in critical condition. While still in the hospital, she was contacted by an NBC reporter, whose top priority was finding a way to hold Trump responsible.

“One other development this morning, an Arizona man has died after he took chloroquine phosphate because he believed that it would protect him from the coronavirus,” correspondent Tom Costello informed viewers on the Today show. He then tried to connect the awful story to Trump: “You may recall, the President has been talking about chloroquine in a tablet form, which is a malaria drug, which he believes could in fact help people who are struggling with the coronavirus.”