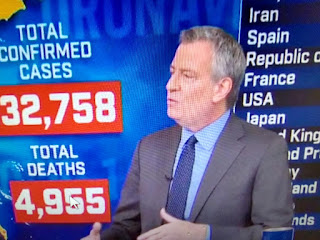 This is what socialist do.  They use a crisis to nationalize private industry.
That's what makes people like Bill de Blasio and Bernie Sanders do dangerous and un-American.

NewsBusters reports hard-core socialists aren't letting a national emergency go to waste. They want to exploit it to realize their ultimate dream: government ownership of the means of production--the very definition of socialism.  On Joy Reid's MSNBC show this morning, Bill de Blasio, the extreme-left mayor of New York City, actually proposed the: