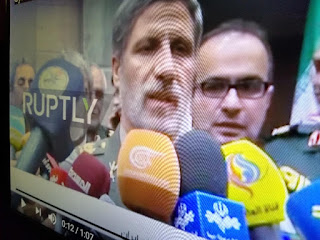 It must be clear that the United States must not project any kind of weakness during these pandemic times.
Our enemies will be only too happy to take advantage.

The drones are equipped with bombs and missiles, can fly combat missions and could monitor enemy movements “from a considerable distance,” Hatami said on state television, according to Reuters.

Drones are key to Iran’s border surveillance, especially the Gulf waters around the Strait of Hormuz, which a fifth of the world’s oil supply passes through.