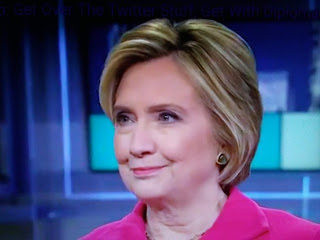 "I voted for Hillary Clinton in 2016. I voted for her in the primary. I'm a lifelong Democrat. But yet, what I see now is someone enabling a sexual predator and it was my former boss, Joe Biden, who raped me," Reade told Fox News. "Hillary Clinton has a history of enabling powerful men to cover up their sexual predatory behaviors and their inappropriate sexual misconduct. We don't need that for this country. We don't need that for our new generation coming up that wants institutional rape culture to change."

She added: "I will not be smeared, dismissed or ignored. I stand in truth and I will keep speaking out."