VIDEO- “The Governor Is Killing Us. She’s Totally Killing Us” – New Mexico Mayor Vows to Reopen City Next Week 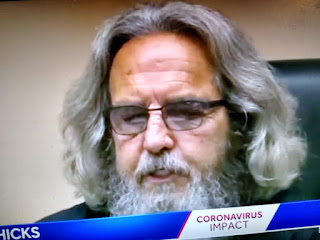 This is interesting because it's the opposite of the mayor of Atlanta mayor telling businesses to stay closed and ignore the governor of Georgia who wants then to reopen.
Bottom line is the United States has to get the economy up and running to avoid a depression.   Poverty and everything  that goes with it kills a lot more people than Covid-19 ever could.

GatewayPundit reports Mayor Martin Hicks from Grants, New Mexico broke with the liberal governor and vowed he will reopen his city next week.
Mayor Hicks is a Democrat.

Hicks had this to say about Democrat Governor Michelle Grisham, “The governor is killing us. She’s totally killing us.”

The liberal governor wants businesses to remain closed until the middle of May.
New Mexico has seen only 2,660 cases of the coronavirus and 93 deaths across the entire state.