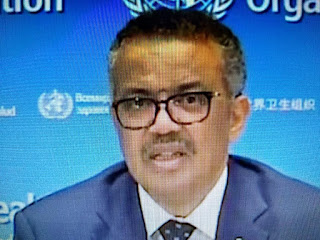 What WHO doesn't mention as they scare people to death, is that parents were unable to take their children for vaccinations because it's an "elective procedure" that were canceled by government officials.
So once again, government makes a bad situation worse.

NY Post reports WHO officials warned Monday that children across the globe will die as countries halt or scale back their immunization efforts for diseases such as polio amid the coronavirus.
“Myths and misinformation about vaccines are adding fuel to the fire, putting vulnerable people at risk,’’ said Dr. Tedros Adhanom Ghebreyesus, the director-general of the World Health Organization, at a press conference.

“When vaccination coverage goes down, more outbreaks will occur, including of life-threatening diseases like measles and polio.