Why coronavirus will not cost Trump reelection 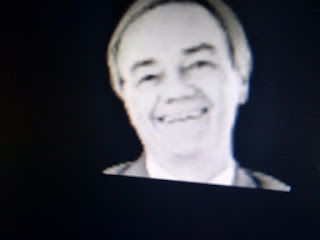 Sorry Democrats!  If you thought this turn in the economy was going to bring down President Donald J. Trump,  think  again!
Get off your dreams about Andrew Cuomo as well because he's nothing but a cryin' bitch who doesn't know how to bring back an economy.  The choice is clear for the vast majority of the American people.  The guy who created the best economy in the history of the United States, is the same guy who knows how to get it back.

His name is Trump!

Last fall, as the House impeachment wave was building, I asked a gathering of 10 friends what they thought of President Trump’s prospects. Only six were Trump voters in 2016, but the group was unanimous on two points: The president would not be convicted by the Senate and would be re-elected in 2020.

Because the world has been turned upside down since then, I wanted an update from the same group. All successful New Yorkers, they are active in business, philanthropy and politically astute.

Like everyone else, they recoil at the deaths engulfing the nation and our city, and are horrified by the economic destruction being imposed in a bid to save lives. They worry about their own health, their families, friends and neighbors.

Although they hardly represent a scientific sampling, their views on the president, his handling of the epidemic and the fall election are not markedly different from public polls. In general, the group’s opinion of Trump’s leadership is good news for the president.

He’s picked up at least one new voter — a woman who says Trump has been a much better president than she expected. So far, he hasn’t lost any supporters, though one unhappy backer says he is open to voting for Joe Biden, depending on Biden’s choice of a running mate.

Although several in the group express uncertainty about whether Trump will win a second term because of the coronavirus and economic impact, not a single one is convinced the president will lose, largely because they all see Biden as weak and in obvious decline. Even those who reflexively back Democrats doubt that Biden can win.

Yet when I asked all 10 to grade Trump’s performance, there was a wide range of assessments and even his supporters were not always happy. Only three give him an “A,” with two citing his success in getting the private sector involved in producing equipment for front-line health workers while also spurring the government bureaucracy to speed its approvals and trim regulations.