Back in the Mix: Steve Bannon is quietly creeping back into the White House 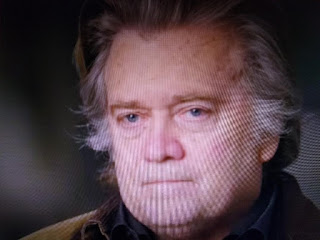 I think ths is very good news for Trump because Stave Bannon is brilliant.

NY Post reports Steve Bannon is back … sort of.

Donald Trump’s lightning-rod 2016 campaign boss and former White House chief strategist who was banished from the West Wing in 2017 has quietly crept back into 1600 Pennsylvania Ave., reestablishing ties to staffers, particularly with regard to his pet issues of China and immigration.

“He does have relationships there. No question about it,” a person with knowledge of the situation told The Post. “You know who runs the trade and China policy work in the White House. You know who runs the immigration side of things, those are the people Steve is talking to.”

Multiple people close to Bannon insisted he was still not on speaking terms with the president and also steered clear of Ivanka Trump, Jared Kushner and their allies. Still, the ex-adviser got a big boost with the elevation of Mark Meadows to the role of chief of staff. The two are known to be chummy, with Meadows even appearing on Bannon’s “War Room” podcast in January, just weeks before his promotion.