Trump Fires State Dept IG, No Longer Has Confidence In 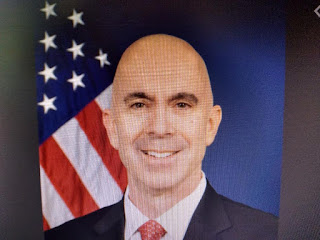 Being that this was an Obama holdover, this clown should have been fired three years ago.
By the way, this will give Democrats something to chew on.  That's exactly what Trump wants.

NewsMax reports President Donald Trump has fired the State Department's inspector general, an Obama administration appointee whose office was critical of alleged political bias in the agency's management. The ouster is the latest in a series of moves against independent executive branch watchdogs who have found fault with the Trump administration.
A senior department official said Trump removed Steve Linick from his job Friday but gave no reason for his ouster. In a letter to Congress, Trump said Linick, who had held the job since 2013, no longer had his full confidence and that his removal would take effect in 30 days. Trump did not mention Linick by name in his letter.