Democrats losing control: One killed, two injured during shooting inside the nation of CHOP in Seattle 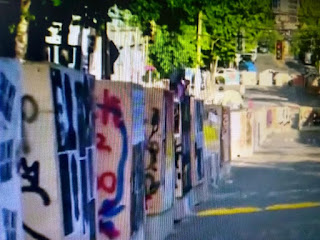 It's beginning to fall apart and the Democrats who run Seattle don't give a rip about the citizens they took an oath to protect!


NY Post reports one person was killed and two others injured when a shooting erupted in Seattle’s autonomous zone early Saturday, and police are now inside the “no-cop” zone investigating, according to reports.

Seattle police remained Saturday afternoon in the so-called Capitol Hill Autonomous Zone, gathering spent shell casings and assembled in riot gear at the border, Newsweek reported. They reportedly met resistance as they tried to get to the victims earlier.

Videos recorded inside CHAZ showed volunteers scrambling to help the victims.
Police confirmed the shooting in a Twitter post Saturday, but offered no additional details.