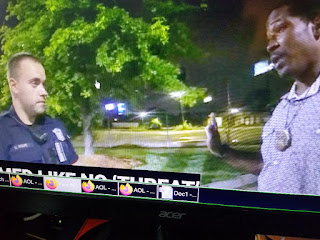 There was definitely a rush to judgment here because Police Officer Garrett Rolfe should not have been fired without due process.
But, the mayor of Atlanta screwed up and it's all about politics and hatred for police pushed by progressive!

Fox Newsr eports Paul Howard, the Fulton County district attorney, said Sunday that the 27-year-old black man who was fatally shot during an encounter with two white officers “did not seem to present any threat to anyone” and charges could come as soon as Wednesday.

“The fact that it would escalate to his death seems unreasonable,” Howard told CNN.

He was referring to the death of Rayshard Brooks who suffered two gunshot wounds to the back late Friday, which prompted new unrest during nationwide protests over the death of George Floyd in police custody.

A medical examiner said Sunday that the gunshot wounds to the back created organ failure because of blood loss.

There are really three charges that are relevant: One would be the murder charge in the state of Georgia. That charge is a charge that is directly related to an intent to kill,” Howard said. “The second charge is felony murder and that is a charge that involves a death that comes as a result of the commission of an underlying felony. In this case, that underlying felony would be aggravated assault.”