SHOCK: CBS Experiment Proves Mail-In Ballots Could Be a Disaster 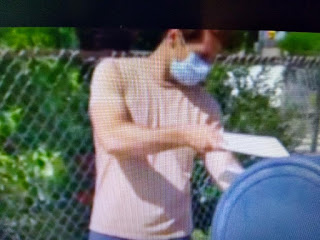 Let's be real!  Mail-in voting is the only way a senile loser like Joe Biden has any chance to steal the election from Donald Trump.
If people can go buy food during this pandemic.  Buy liquor, go to a protest and riot in the streets, then people can go vote.

NewsBusters reports this isn’t something you see often on network television. CBS on Sunday did an experiment to determine just how safe mail-in ballots will be in November. CBS Weekend News journalist Tony Dokoupil set up a campaign “headquarters” and mailed 100 “ballots” to himself through the U.S. Post Office. The results were not encouraging. They also refute the dismissive tone of other journalists when covering Donald Trump’s concerns about mail-in voting.
Dokoupil set up a P.O. box and mailed his ballots. Here’s how it all played out: