Brat pack: Inside the privileged lives of protesters busted for rioting in Manhattan 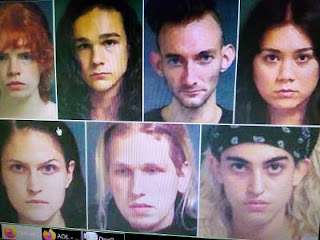 This is what happens when our children are indoctrinated with radical Democrat ideas like socialism.

These kids have advantages most children don't have.  Yet, their miserable because socialism does not work anywhere in the world.

NY Post reports the so-called revolutionaries who were busted for rioting at a New Afrikan Black Panther Party rally took a break from their yacht club lives and modeling careers to be a part of the mayhem.

The seven “comrades” — including wealthy Upper East Sider Clara Kraebber — had their mugshots tweeted out by the NYPD early Wednesday, days after their arrests for smashing storefront windows in the Flatiron District.

They were cuffed during a protest organized by the Panthers and the Revolutionary Abolitionist Movement groups condemning the death of Daniel Prude, who was killed while in custody of the Rochester Police Department in March.