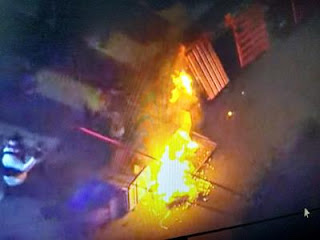 Democrats fail to understand that a city that's not safe is a city nobody wants to live in.  People are leaving Portland in droves

and making that city a ghetto of mindless indoctrinated leftists.  Would you want to live there?

The majority — 59 — were arrested Saturday as officials declared a riot in which they said officers were hit with multiple firebombs, mortars and rocks.

They included some who appeared to have traveled from as far as New Mexico, Colorado and Arizona, along with two juveniles — including a 15-year-old booked into juvenile detention on charges of rioting and second-degree disorderly conduct, police said.