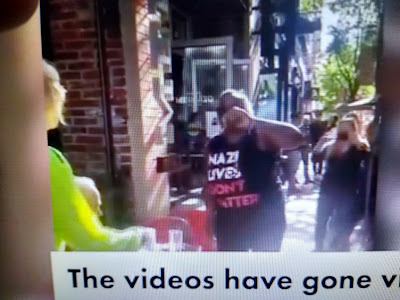 First BLM harassed diners in a Rochchester New York restaurant.  Next they're doing the same in Pittsburg.  All of this is courtesy of the Democrat party who actively encourages and funds domestic terrorism! Protest? My left foot!

NY Post reports a raucous contingent of Black Lives Matter protesters harassed white diners over the weekend in Pittsburgh, hurling insults before one demonstrator stole a drink off one pair’s table.

Cellphone footage posted on Twitter shows the protesters converge on a restaurant’s outdoor dining area Saturday in the Steel City.

“F–k the white people that built the system,” one demonstrator could be heard yelling at the patrons, some of whom grabbed their belongings and walked away.