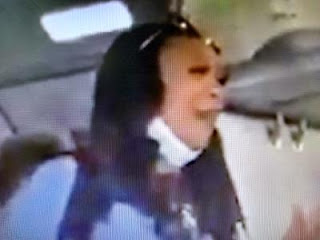 This black woman is so hopelessly brainwashed with Marxist bullshit,

she doesn't know how good she has it in this country.  If the United States is so horrible nobody is stopping her from moving to China.

NY Postreports a passenger was removed from a Spirit flight for being a royal pain — after claiming she is a queen from California during a tirade about white privilege and a trip to the toilet, according to a report.

The unidentified black woman got up to use the bathroom at the back of the plane after it landed in Sacramento last week, Fox News reported.

A passenger’s video captured the woman arguing with a flight attendant who was trying to get to the front of the aircraft.