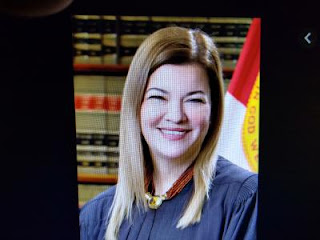 I think picking a Latina would be a very shrewd political move by Trump.

The Latino community has been ignored by Democrats in favor of blacks and the BLM movement.

US News reports two female U.S. Appeals Court judges are on President Donald Trump's short list of candidates to fill the Supreme Court vacancy opened up by the death on Friday of Justice Ruth Bader Ginsburg, a source said on Saturday.

Barbara Lagoa, a Cuban American, and Amy Coney Barrett, a conservative Catholic, were among the top contenders, the source said.

Both women were nominated to their current positions by Trump.

Lagoa, 52, a former Florida Supreme Court judge, was nominated by Trump to the 11th Circuit Court of Appeals in September of 2019.

Prior to that she spent less than a year on Florida's Supreme Court, where she was the first Latina judge. She previously spent more than a decade as a judge on an intermediate appeals court in Florida.