Mark Levin rips Democrats in Supreme Court clash: ‘They hate the Constitution’ Democrat are the party of Black Lives Matter 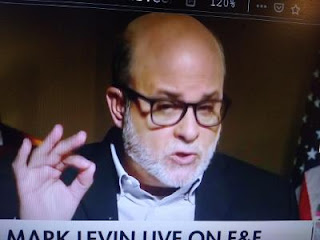 It's time to strap t up to defeat radical Democrat ts who want to destroy the country!

Fox Newsreports the death of Supreme Court Justice Ruth Bader Ginsburg has stirred up partisan controversy over who to filling her vacancy, but Fox News host Mark Levin told “Fox & Friends Weekend” that the Democrats aren’t respecting the Constitution by holding up the process.

“It’s a very strange thing, this Democrat Party,” he said. “First of all, they hate the Constitution because they’ve spent the last several months pulling out statues of the founders and saying that the Constitution was adopted by slaveholders. Then they wave it around to justify the destruction of the Constitution.”