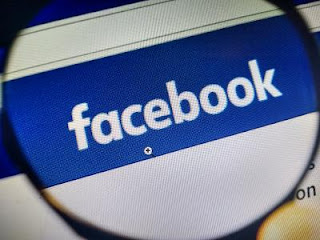 This is what federally protected Big Tech is doing to the American people.

China is a country that's involved in modern slavery at this very movement.  They are killing Muslims as we speak.  Yet, Facebook has no problem hiring Chinese nationals to censor what Americans write about.

China is one of the most censorious societies on earth. So what better place for ­Facebook to recruit social-media censors?

There are at least half a dozen “Chinese nationals who are working on censorship,” a former Facebook insider told me last week. “So at some point, they [Facebook bosses] thought, ‘Hey, we’re going to get them H-1B visas so they can do this work.’ ”

The insider shared an internal directory of the team that does much of this work. It’s called Hate-Speech Engineering (George Orwell, call your office), and most of its members are based at Facebook’s offices in Seattle. Many have Ph.D.s, and their work is extremely complex, involving machine learning — teaching “computers how to learn and act without being explicitly programmed,” as the techy Web site DeepAI.org puts it.

When it comes to censorship on social media, that means “teaching” the Facebook code so certain content ends up at the top of your newsfeed, a feat that earns the firm’s software wizards discretionary bonuses, per the ex-insider. It also means making sure other content “shows up dead-last.”