Working Hard For It: Poll that predicted Trump win in 2016 finds him closing gap with Biden 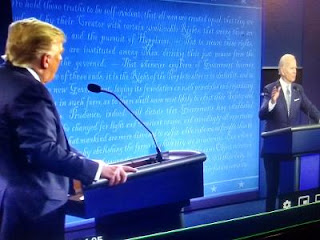 Trump is outworking Biden who is happy to sit in his basement and not champagne.

Even if Biden was on the campaign trail, he doesn't have the stamina to keep up with Trump.

NY Post reports a poll credited with being one of the only accurate national surveys in 2016 has found a sudden tightening in the race between President Trump and Democratic challenger Joe Biden.

Just a week ago, on Oct. 13, the poll found Biden sailing with an 8.6 percentage-point lead.