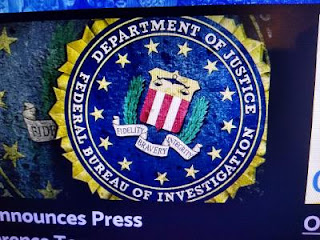 We'll see what shoes drop today.  A lot of corrupt people from the Obama regime have been walking free, writing books, and appearing on CNN.

GatewayPundit reports the Department of Justice is holding a virtual press conference on a matter of national security.

Wray told Congress recently that White Supremacists made up the largest share of racially motivated terrorist attacks in America today.
This was while Black Lives Matter-Antifa destroyed thousands of businesses, injured over 700 police officers and caused over a billion dollars in damages during their summer of riots.