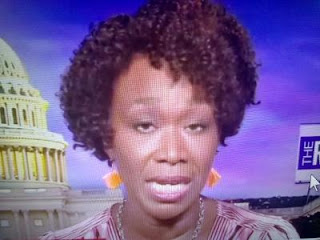 It's amazing the kind of stuff MSNBC puts on the air to misguide their tiny amount of viewers.

But, it also tells me they know the polls are bullshit and Biden is about to go down in flames.

NewsBusters reports on Thursday’s ReidOut, MSNBC host Joy Reid continued what’s been years of shameful behavior by some in the liberal media to treat mental health as something to joke about in context of President Trump, with journalists playing the role of doctor, pharmacist, and psychologist.

Regarding Trump’s coronavirus diagnosis, Reid asserted Trump went on a “roid-rant” Thursday morning and “not a man who sounds well” that shouldn’t be trusted with children, let alone the country. Throughout the first segment, she continued to ostracize the use of steroids (something people dealing with chemotherapy take) and asserted Trump wasn’t “in control of his emotions.”