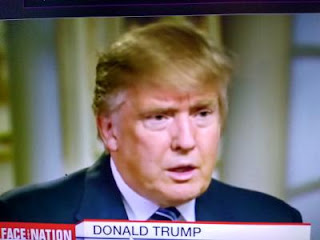 The reason why the mainstream media keeps asking the same question about Trump disavowaling white supremacy is to trick black folks that he's a racist.  That's all this is and it shows how little the MSM thinks about black people.

NewsMax reports President Donald Trump's campaign has released an almost 5-minute-long video that compiles 38 times the president has denounced white supremacy in a pushback against the continued claims being made by Democrat nominee Joe Biden and his running mate Sen. Kamala Harris.

The video clips show the president as recently as this past month and back as far as an interview Trump gave former NBC anchor Matt Lauer in the early 2000s, reports Fox News.