Trump could return to WH 'as early as tomorrow' if conditions continue to improve, medical team says 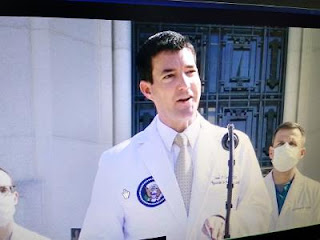 I see there are some Democrats that alleged Trump doesn't really have Covid.

These people are evil and truly disgusting human beings!

Fox News reports President Trump could be released from the Walter Reed National Military Medical Center as soon as Monday, his medical team said in an update Sunday to members of the White House press pool, as the president continues his treatment on dexamethasone and Remdesivir to fight coronavirus.

At that point, Conley recommended supplemental oxygen treatment due to concerns about the possible rapid progression of the disease. Trump was adamant he did not need the treatment, but it was nevertheless administered for about an hour at the White House.