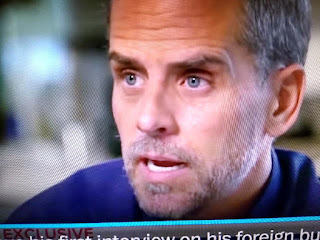 The true story of Joe Biden is he's the most sleaziest politician in Washington.  D.C.

Everybody knows it because he passes around cash for his friends that live there.  How do you think he's lasted for 50 years.  Joe Biden is the money guy not only for his son, and brother.  But, for the Deep State too.

President Trump chose to make an issue of Hunter Biden’s cash haul from Russia, Ukraine and China with the implication that unsavory figures were trying to buy Vice President Biden and the Obama administration.