Biden may steal an election for the elitists, but Democrats will regret it: Devine 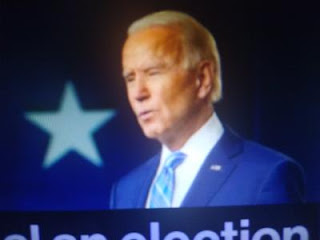 We are seeing a theft in progress!

Democrat are pulling out all the stops and the MSM is good with it!

Let’s be real. Goliath was never going to let David breeze through the rematch.

The provinces, for whom President Trump is an instrument, not an end in himself, were never going to have an easy time winning the 2020 election against the amassed might of the Democratic Party, the “Fake News” media and allied pollsters, Big Tech, woke billionaires and the celebrity class, who united to stamp out the barbarian orange emperor.

The “chumps” and “ugly folk,” as Joe Biden calls them, came out in their glorious millions from the American heartland on Election Day and now we will see if people power prevails, if the nationalist populist movement enabled by Donald Trump, but not defined by him, lives to fight another day against the corrupt globalists represented by the sad husk of Biden.