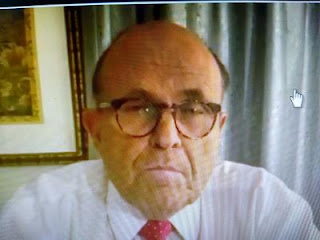 This will be a big surprise for people who think this race is over.

The former New York City Mayor told Dobbs that the Dominion Voting machines used in the election “can be hacked.” Giuliani went through the alleged history of the company and accused the company of having connections to Venezuela and storing votes in Spain.

This is very disturbing. Worth 8 minutes of your time. https://t.co/XYMa5G2Q4X