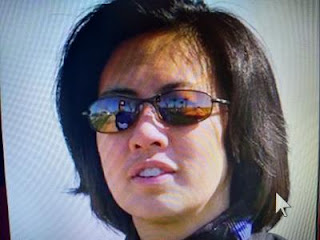 Why would I be covering the next gm for the Miami Marlins?  I'm a Mets fan.  One of the last big decisions by former Mets owners, Fred and Jeff Wilpons, was to hire a gm two years ago.

Kim Ng interviewed for the job.  She'd worked for the New York Yankees during their last dynasty run in the late 90s, along with stints with the Los Angeles Dodges and the Chicago White Sox.  That was good enough experience for the position.  More than any guy who interviewed for the job.  So instead of hiring her, the Mets gave the job to  a former sports agent, Brodie Van Wagenen, who turned out to be a disaster.  And it just so happens the Mets are looking for a president of baseball operations and Kim Ng would have fit the bill nicely.  The Mets interviewed the Miami Marlins president of baseball operations a few days ago.  So I'm glad the Marlins gave Ng the opportunity the Mets didn't.  She earned it!

Ng, 51, has most recently served as MLB's senior vice president of baseball operations for the past nine years, when she was the highest-ranking Asian American female baseball executive. She has also served as assistant general manager for the New York Yankees and Los Angeles Dodgers, working with teams that made the playoffs eight times and won three World Series titles.