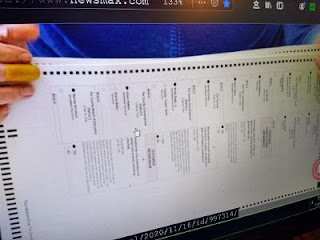 How many uncounted ballots in five states remained uncounted that would have given President Trump the election?

The unofficial breakdown of the votes that weren't previously uploaded was 1,643 for Trump, 865 for Biden and 16 for Libertarian Jo Jorgensen, according to Gabriel Sterling, who oversaw the implementation of the new statewide election system for the secretary of state's office.<

While the discovery in Floyd County will bolster President Donald Trump’s tally by about 800 votes, it’s unlikely to change the state’s overall results significantly, said Sterling. Biden’s margin over Trump will fall to about 13,300 votes from 14,100.