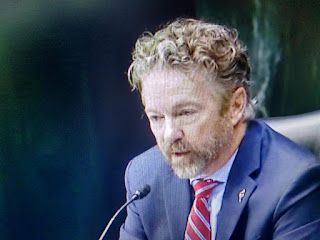 A person that cares so much about science cannot ignore the statistical anomalies that has happened with this election.

People who ignore it because they're happy Joe Biden won are lying with a lie that eventually will tear their guts out.  How can they live with themselves?

"Interesting . . . Trump margin of “defeat” in 4 states occurred in 4 data dumps between 1:34-6:31 AM. Statistical anomaly? Fraud? Look at the evidence and decide for yourself.(That is, if Big Tech allows u to read this) Anomalies in Vote Counts;

On cue, Twitter slapped a "this claim about election fraud is disputed."

Twitter has been using that to reject Republican attempts to contest the presidential election results amid evidence of illegal votes, including from those who are deceased, unconstitutional election law changes forced by courts and Democrat officials against the will of the state legislatures, and questions about election voting systems.