Video-Trump Attorney Rudy Giuliani Says Election will Be Overturned: “We Have Proof I Can’t Disclose Yet” 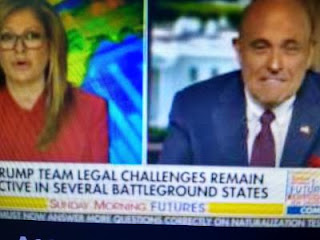 There ae two different tracks when investigating what happened on Election Night.

1) There was no fraud and no evidence to prove it.  That's the tact of the MSM, including Fox News.  2) There was ample evidence of fraud that needs to be investigated.  I can't see any middle ground.  So let’s investigate and have our day  court.

The Trump campaign is fighting the 2020 results as more and more evidence prove the election was fraudulent and the ballot machines were manipulated in several swing states.