Trump to NY Post: Election 'Greatest Theft in The History of America' 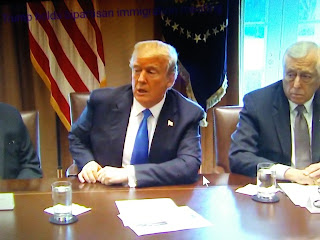 I don't blame Trump for being so angry.

The Obama regime spied on his campaign.  Then it was a fake Russia connection the MSM spun for three years.  After, he ws impeached.  But, through it all he led a booming economy.  Jobs came back to America.  ISIS was defeated!  He brought back our troops for serving in endless wars.  Trump accomplished more in four years than any other president.

NewsMax reports President Donald Trump appears to be nowhere close to conceding the presidential election to former Vice President Joe Biden, according to a new interview in The New York Post.

“It was a rigged election, 100 percent, and everyone knows it,” Trump said in the Friday night interview. “It’s going to be that I got about 74 million votes, and I lost? It’s not possible.”

When Goodwin asks if he'll ever concede, Trump responded: “We’ll see how it turns out.” he said at one point.

"When I asked if he could come to terms with defeat, he responded only that 'it’s hard to come to terms when they won’t let your poll watchers in to observe' the counting," Goodwin writes. "A third time, he said, 'Again, I can’t tell you what’s going to happen.'