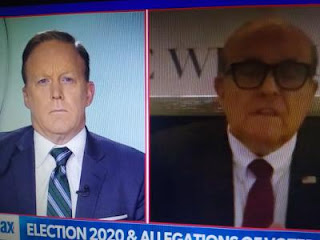 This is yet another obstacle for the Trump team to prove its case.

"Don't you think it's going to be pretty easy to show 10,000 noncitizens voted in Arizona?" he said. "Give me the names of the people who voted and run them against a Lexis-Nexis" search, he said. "I'll come up with 40,000 noncitizens."