How Joe Biden plays the political game: Scenes from Eddie Murphy comedy The Distinguished Gentlemen says it all 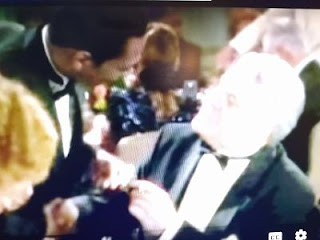 One of the best movies about politics ever made was The Distinguished Gentlemen.

Eddie Murphy plays a con man that gets himself elected to the House of Representatives.  But, there he finds behavior that he knows is illegal but in Congress it's legit.

In the first scene he's at a party for new congressman.  Each person he meets is a lobbyist for a particular industry.  They introduce himself to Murphy and hand him a wad of cash.  Yes, it's a comedic license and over the top.  But, the point is made to the audience.

In the second scene, Murphy has lunch with a K Street lawyer.  Murphy is asked what his position is on an issue.  Murphy has no position.  So the lawyer tells him that it doesn't mater.  Whatever position he chooses, he's got money from lobbyists for his vote in congress.

This is what happens to those elected to congress and it has nothing to do with they promised voters.

These are the types of people Joe Biden has surrounded himself with.    It's the Swamp!