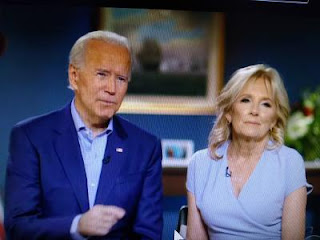 Thanks to the propaganda that's spewed by the mainstream media, Joe Biden, the most corrupt politician ever elected president,  continued to lie to the American people.

When Joe Biden says he has confidence in his son, Hunter, I guess he does.  He's been keeping his drug addict son afloat all his life and gets paid very nicely for it.  Joe Biden has been selling his public office all his career in politics.  And he gets away with it because American media is dishonest.