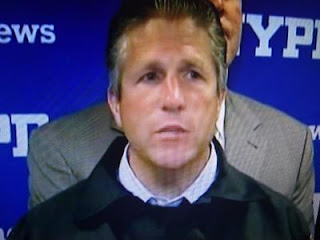 Thank you Andrew Cuomo and Bill de Blasio for setting the stage for New York's destruction way before Covid started.

Cuomo  and De Blasio have done more to foster anti-cop sentiment than any other governor amd mayor duo NY has ever had.


NY Post reports a culture that coddles — and emboldens — criminals led to the Christmas Eve shooting of an NYPD officer in Brooklyn, according to the head of the city’s largest police union.

The 27-year-old cop was likely saved by his bullet proof vest after being shot in the back while responding to a domestic dispute just after 9 p.m. Thursday in Crown Heights, police said.

“Why does a perp feel bold enough to shoot at a police officer? That’s the question we have to ask and we have to answer. There’s a number of reasons this is happening. Lack of support on the street, defunding the police, bail reform, lack of prosecution. That’s why this is happening,” Lynch said.