How much is a woke idiot like Emanuel Cleaver a biblical illiterate who ended his blasphemous prayer 'A Men and A Women'? 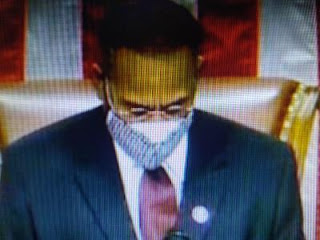 Let's set aside for the Christian faith that Jesus is the one and only way to the Father.

The way Emanuel Cleaver ended his prayer in Congress was blasphemy.  To add to his biblical illiteracy, he ended his prayer "A Men and A Women'.    A Men, is an English translation from Hebrew, which means "so be it, so shall it be".  It has NOTHING to do with gender!  So it's oblivious that Cleaver knows nothing about this, but instead acting like a "woke idiot" adds gender where it doesn't belong.

Beware of the woke!