Caitlyn Jenner's announcement she will run for California governor met with criticism: 'Hell no' 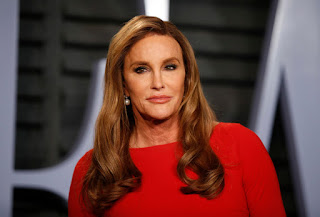 Anything that pisses off the Left, I'm with.  Especially if its

AOL News reports Caitlyn Jenner confirmed rumors she intends to run for governor of California to replace Gavin Newsom in the recall election.

"I'm in!" the former Olympian and reality star, 71, wrote on Friday. "Sacramento needs an honest leader with a clear vision."

Well, many people on social media want Jenner, a longtime Republican, out.

Hours after her announcement, "HELL NO" began trending on Twitter with various celebrities weighing in.

"You are running as a Republican?! Republicans deny your existence and are trying to erase trans youth," Alyssa Milano tweeted.

With all due respect, @Caitlyn_Jenner, you are running as a Republican?! Republicans deny your existence and are trying to erase trans youth. HELL NO. https://t.co/tUiBHTqZ0P