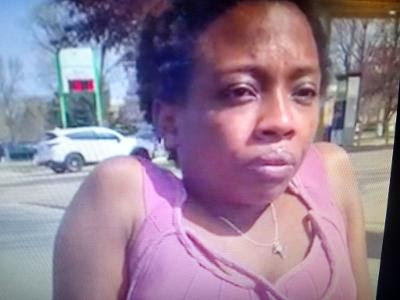 All this was, I believe, is a publicity stunt engineered by Leftists for the consumption of our agenda-driven media.

That's all this is.  None of it is real.  However, it does lend to the perception that somehow America has a institutional racists problem.  It's a vicious lie told by Leftists to silence all debate.

I got one question.  Is this woman allegedly doing the protest in the country legally?

Don't fall for the hustle!

AOL News reports the video has been widely shared — and celebrated — on social media: a lone Black woman sits in the street to protest police violence as another Black woman stands up to police who are closing in.

“How you doing, sis? You OK? What's up? Can I sit with you?” Phoenix Robles, the 36-year-old activist, photographer and social worker can be heard asking as she films the situation and walks toward the peaceful protestor, identified in photos as Dorcas Monari. “We’re having a mental health crisis,” she tells officers, pleading with them not to make any decisions in haste. “I want to talk to her.” When Robles asks Monari why she is sitting in the road minutes not far from the police station — in Brooklyn Center, Minn., where Daunte Wright was fatally shot during a traffic stop earlier this month and just miles away from where Derek Chauvin’s trial in the shooting death of George Floyd was underway — Monari simply says, “For George Floyd.”