Why the media wants you to remember Ma'Khia Bryant , but says nothing about 7 yr old Jaslyn Adams

There have been protests in Columbus Ohio over the shooting death of 16 year old Ma'Khia Bryant by a White cop.

That's all it takes to get the corrupt media revved  up for the propaganda push.

Look!  The cops are shooting black people!  When will it stop? 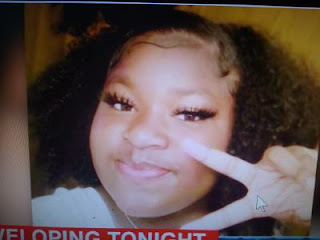 Ma'Khia Bryant's mother appeared on CNN thee with Chris Cuomo and she told the world that her daughter was a kind person, a Christian, and made the honor roll in school.

However, she failed to mention that her daughter was not living with her, she was in foster care.  That just doesn’t happen by accident.  If her daughter wasn't living with her, then there must've been some real serious issues n the family to keep mother and daughter separated.  Does Chris Cuomo ask her about that?  Of course not.  She's on CNN to rehabilitate her daughter's image.  And that image we've seen on video was of an out-of-control teen, wielding a knife, attacking two other teen females.

So I kinda could understand why  Ma'Khia Bryant was in foster care, she got issues! Nonetheless, the media has to make her the victim to keep the "white cop killing black p[people"  narrative going.

Meanwhile what about Jaslyn Adams?

Have we've seen her mother or anoth 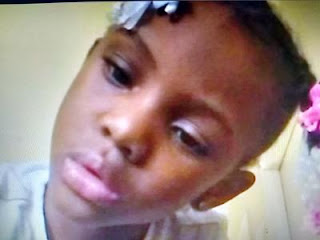 er relative on CNN?  Of course not.  CNN doesn't want to tell that story.  Where are the protests over the killing of 7 year old?  Where's Black Lives Matter in her case?  I'm waiting.

You know it's not coming because Jaslyn Adams got killed at a McDonalds drive-thru by perpetrators who are mostly likely Black.  That's the way they die in Chicago.  It's the norm.  Those Black Lives Don't Matter!

Is that fair Jaslyn Adams?

Why isn't the media remembering her name?